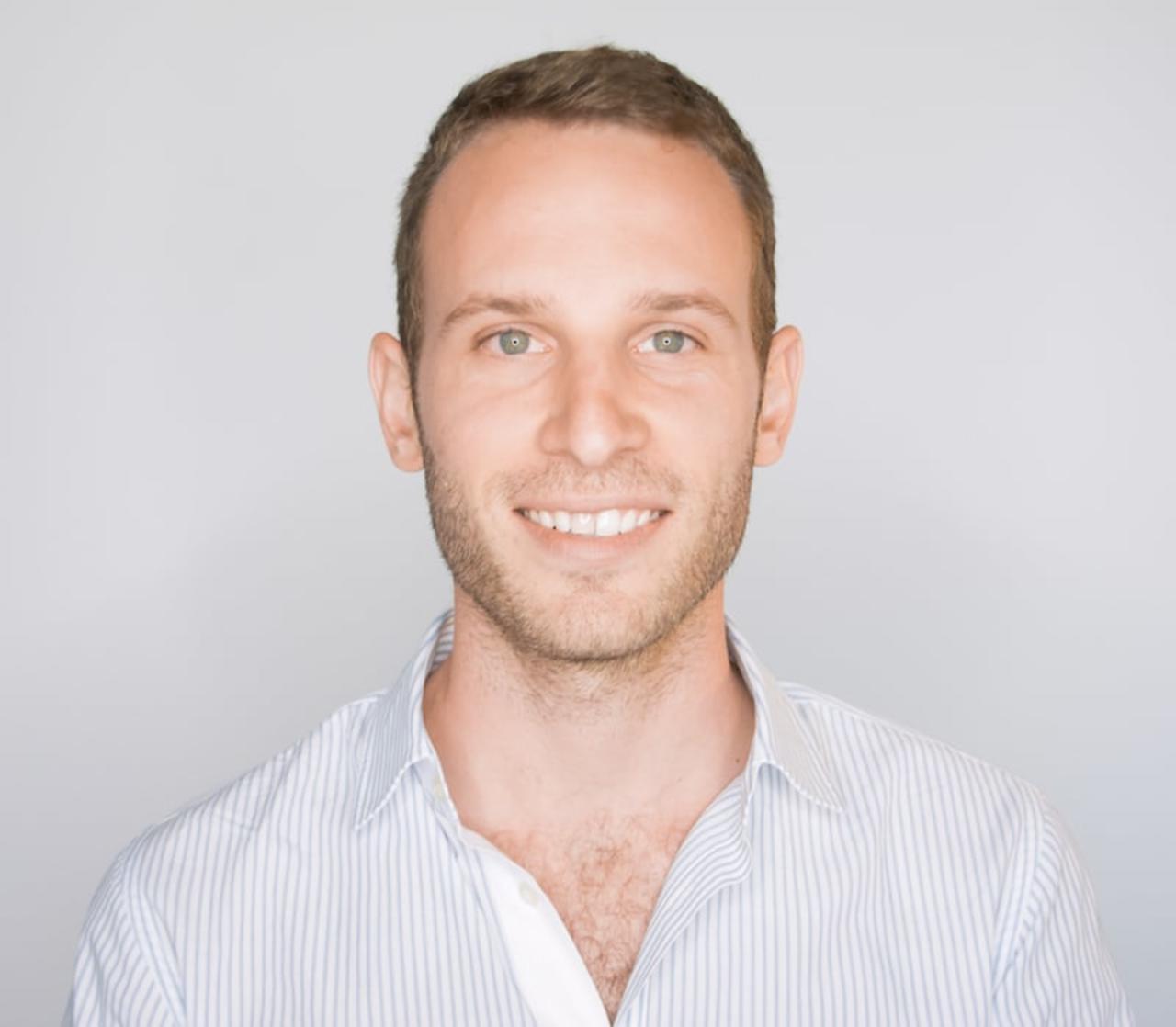 Thanks for signing up! You'll receive our next issue in your inbox.
There was a problem signing you up. Our team has been notified and will get this fixed. So sorry!
Share

On Thursday, Boston's vertically integrated cannabis-technologies provider TILT Holdings began trading on the Canadian Securities Exchange. The same day, they announced the acquisition of cannabiz logistics/software company BlackBird for US$50M and an acquisition of MED producer Standard Farms for US$40M.

TILT formed only two weeks ago following the merger of three US companies--Baker Technologies, Briteside, and Sea Hunter Therapeutics--and Toronto ACMPR grower Santé Veritas Holdings Inc. Having raised US$119M capital, the firm was quick to list on the CSX.

I spoke with TILT President Joel Milton on Thursday morning. Our conversation has been edited and condensed for clarity and brevity.

Jesse: TILT is a combination of a bunch of companies that at first glance are separate in what they're doing. What brings these companies together?

Joel: We believe TILT is it's uniquely positioned and complementary. TILT has a couple main components. One is supply and services, and technology, and the other is assets and infrastructure. When we look at the cannabis industry right now, at least in the United States, there's 3000 dispensaries. Maybe soon, as states continue to go online they'll go to 10,000 dispensaries. It's a $10B market right now, and it's going to go to $100B market. That means there's $90B about to come online. How do you put yourself in the middle of that?

TILT is really a holding company that acquires and manages best-in-breed companies that collectively put up a dispenser of the cannabis ecosystem. Through Baker, we have one out of every three dispensaries using our CRM software. We announced this morning the agreement to purchase BlackBird, so now we can offer distribution services we can scale all over the country. In our listing statement we mentioned a letter of intent with Jupiter Research, which is one of the leading manufacturers of the actual hardware--vaporizer pens and cartridges.

On top of that we have our own facilities where we either cultivate and/or process, and in some cases retail, but for the most part [we’re] focusing on the value added to CPG products, enabling us to support different businesses at every step of the supply chain.

Jesse: What's the greatest challenge for running TILT at the moment?

Joel: People want execution at the local level. We have two stores open in Massachusetts right now, we'll plan to have 12 total that are in our network. We have LOI's to get involved in states including Michigan, Maryland, Ohio, Pennsylvania, Arizona, Colorado. It's really about building scalable and repeatable processes that enable us to participate in every single state. Unlike [in] Canada, we can't put six million feet under glass in one place and ship to the whole country. Everything we need to do needs to be designed to scale in each market.

Jesse: You raised $119M capital. What's your plan with that money?

Joel: Some strategic acquisitions, BlackBird being one of them, and then a number of states that we want to develop operations in. So, some of it is tax considerations for the deal and the rest of it goes to CapX, to building out facilities—manufacturing facilities, cultivation facilities—and just supporting businesses.

Jesse: Presuming you're hoping to make TILT a market leader in the in next three years, what are the concrete steps that you are going to take to make that happen?

Joel: We believe we're the only large player in the public market that's truly B2B focused. Everything we're doing is designed to put ourselves in the center of the cannabis ecosystem, and rather than compete with all of the stores out there, support them. We want to help them manage their stores [and] inventory. We want to help them with distribution [and] provide them with hardware, [and] with actual product in markets where we're able. We have a fleet of services we plan on rolling, [while] setting up operations in all the attractive markets so that we can capture them as they unlock.

Jesse: Do you look over the industry and find yourself saying about certain companies or ideas, "They're screwed"?

Joel: Some people are really focused on aggregating retail. How many retail stores can I have under my name? That's not our strategy: we want to support retailers, not be them. In order to have meaningful revenue in this industry, we'd much rather work with all the retailers.

Jesse: There's a lot of discussion on both sides of the border about healing some of the damage caused by the war on drugs. Where do you think the cannabis industry falls in terms of responsibility for assisting the communities that have been hit hard by this?

Joel: In some states, there are economic empowerment movements trying to help people of color, who were most negatively impacted by drug laws in the past, to ensure that they are in a position to benefit now that this industry is changing. What we're doing is working with the Cannabis Commission in Massachusetts. As they identify license holders who fit that economic empowerment movement, we're providing them the tools to run the business. It's one thing to get a license, but you need the go raise a bunch of money, figure out how to grow cannabis, figure out how to run retail, figure out what software to use. It's very complicated. With companies like Baker and Blackbird, and our own knowledge base we're able to go to these guys and help them get a store up and running. We'll build it out for them, provide the software and the hardware, help train the staff, and sell them the product wholesale. They can still be a retail operator, make their margin selling products at retail and buying at wholesale. But we'll make sure they have everything they need to run their business. In markets like Massachusetts where there is very limited supply, and it's an attractive retail environment.

it's a way for us to grow our business without necessarily owning more stores, but more importantly, for the community. We provide newly licensed people the tools and support they need to get into business quickly and efficiently.

Jesse: You probably saw the Bloomberg survey, where it came out that something on the order of half of chief executives of cannabis companies weren’t themselves cannabis users. Are you someone who enjoys cannabis?

Joel: I've had an interesting relationship with cannabis over the course of my life. My consumption has certainly varied from much more frequently in college to very infrequently during the early days of startup. Like most Americans, I've found the right balance. Most of the other executives here at TILT feel the same way: none of us consume during midday, the same way none of us drink tequila at 10 a.m. on a work day.

But certainly at the end of a long day, maybe in addition to or instead of lots of scotch, many of us found cannabis is an enjoyable way to wind down. Or on weekend evenings going out with friends, instead of having five or six beers and waking up groggy the next morning, maybe you'll have two or three and an edible. You get that right mix, it's an enjoyable experience, and you wake up feeling better than you would have otherwise.

The reality is cannabis isn't just cannabis anymore. For the longest time, getting high or consuming cannabis was a very binary outcome. You either got stoned or you didn't, and you weren't exactly sure how you would feel.

TILT is focusing on understanding the plant itself. We have a chief scientific officer who was part of the team who mapped the human genome. Now he's helping us understand the cannabis plant, and building and designing a product based of effect. If you want to unwind, relax, and go to sleep, you know what you're going to get. Or if you want to augment a concert and be upbeat and energetic. The more we can learn and design products based of effect, the more accessible and approachable cannabis will be. Too many people are cautious because they don't know what the outcome will be. If we can remove that concern or that variability, cannabis becomes much more approachable.

Jesse: Is the science there to allow you to sell a strain based on its effects?

Joel: Strain is starting to be part of it, where we're learning a lot about all the cannabinoids and how they interact, plus the terpenes and how they interact. There's a huge knowledge gap. In the United States, it was illegal to really study this plant for 50 years. We have a lot of ground to cover to catch up on it. I won't tell you that we've 100% cracked the code. But we're very focused on solving that problem, and we're making great strides, and we're very excited about the future.

Designed and built by Marquee on Proof